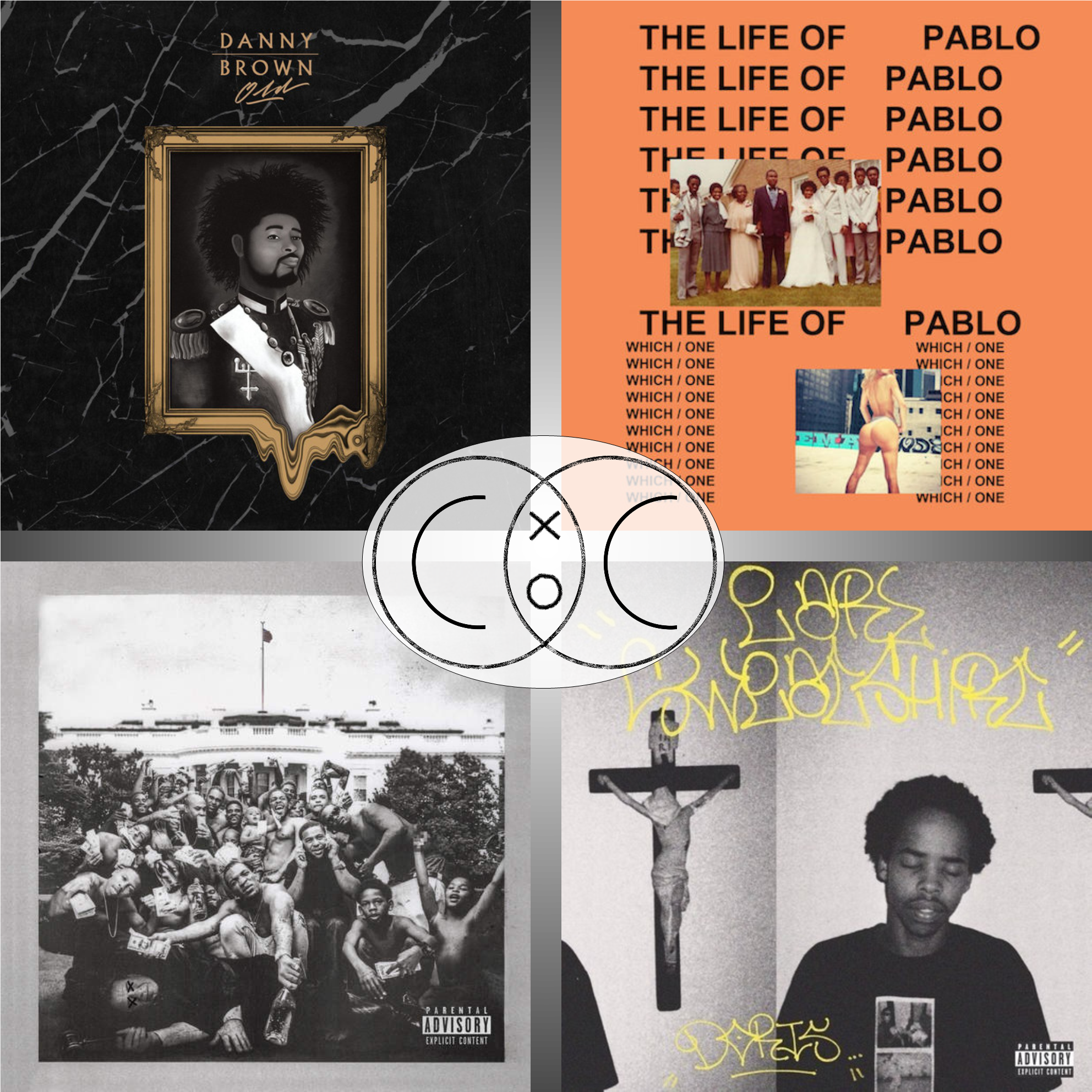 This week we’re looking to hip-hop for inspiration and how some artists may influence the listener to better themselves in the macro of everyday tasks. The first song of RadioTrain Ep6 ‘Wonderbread’ regales us with the story of a young Danny Brown running through the hood so as to pick up some bread. Such an ordinary undertaking is made interesting as we listen to Danny avoiding the odd “dope fiend” and “junkie ho” until he is attacked by hungry gangsters. Here we see an example of a young man attempting to do good by his family but is instead interrupted by a chaotic world. Such an event one may find disturbing but it may also be cause for positive change by, in the example of Danny Brown’s Detroit shop, altering the route to the store or even going to a different one. This small change may in fact reduce suffering and there’s no telling how much one may improve by making their life more dynamic. The listener may apply this to their own life, although perhaps not being in a similarly poor economic situation, by recognising possible danger and even appearing to not be an individual to mess with. This may involve being vigilant and going to the gym, wearing a sub-textual symbol for warning away ‘predators’ and thus not being a victim. 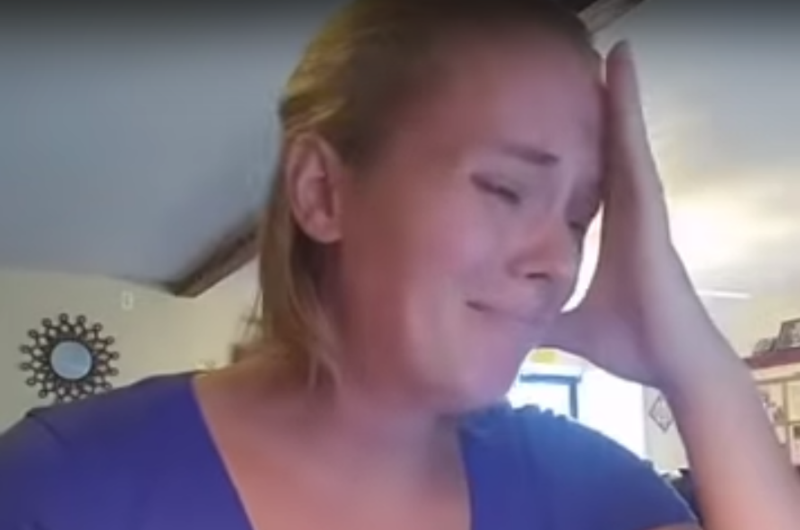 "Hit the corner, make a dollar flippin' / Split the dollars with my mama children / Folks need Porsches, hoes need abortions / I just need y'all out of my business " - Vince Staples, 'Norf Norf'.
(Link to above image video here: https://www.youtube.com/watch?v=o8NmvEt_cVA)

A subject lacking motivation is yelled at in Kanye West’s ‘Feedback’, saying “Wake up, nigga, wake up / We bout to get this paper”, bringing attention to the normalcy of some people sleeping in and how this structure may be altered in order to get some cash. This suggests that those who waste valuable time by indulging in sleep may well be missing out on the fruits that the world has to offer; ushering change in order to reap the rewards. The speaker may inspire a ‘sore-headed’ individual to not give up after being knocked down and work towards bettering their financial situation. This may simply involve setting one’s alarm for an hour earlier, seemingly fitting more time into the day. This means that instead of subscribing to such a highly aspirational idea like “I need forty acres and a mule / Not a forty ounce and a pit bull” as in Kendrick Lamar’s ‘For Free?’, one could simply make smaller changes to better their present situation rather than suffering as a result of feeling disenfranchised by a possible future. By becoming more efficient in menial tasks there’s no telling how much benefit this may have on the more significant moments in our lives.

"The blind niggas used to make fun of my vision / And now I pay a mortage and they stuck with tuition" - Tyler, The Creator, 'Deathcamp'.

For example, listening to upbeat hip-hop while brushing one’s teeth may enable someone to clean the enamel more effectively and a brighter smile could make all the difference in social interactions. The egotistical braggadocio of some hip-hop music may motivate the listener to push harder for the day ahead, especially when turning up to ‘Smokin’ and Drinkin’’ in the shower. Quite often the music doesn’t have to be about the lyrics as much as it is about the feeling it gives the listener and in this case it may be one of increased energy output which may have an effect on the rest of the day. The silliness of Tyler, The Creator’s verse in ‘Sasquatch’ may also excite the listener by shrilly singing along to the ridiculous portrayal of assorted misdemeanours: “That's just all the sherm I was burning a little while ago / Don't let me get hold of that rifle”. By listening to hip-hop in the morning one may not only become hyperactive but also take on a similarly strong persona; both factors may have a significant impact on the individual’s output. This means that one who leaves the house after listening to hip-hop compared with one who’s stuck with their thoughts may have a greater day by the input of a fresh rhythm. Extrapolating this over time may result in a significant increase in positive change. 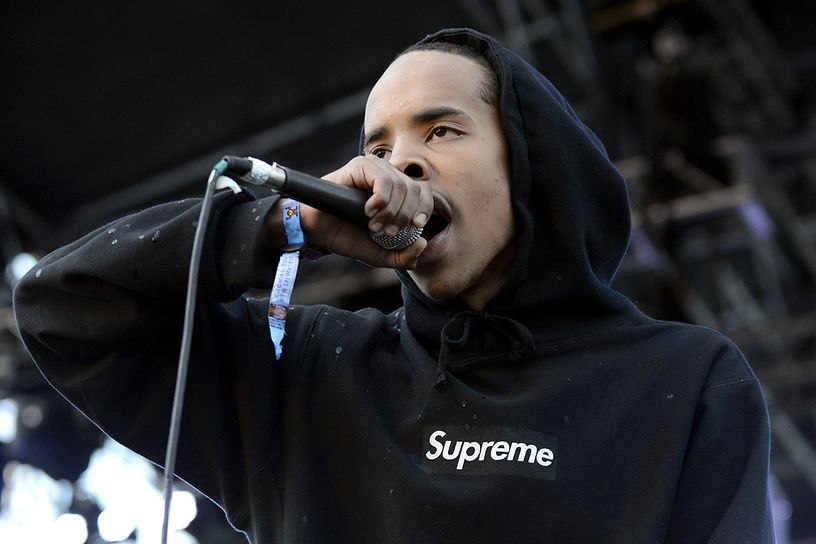 A bit of positivity sourced from hip-hop music may also influence the listener to spread further positivity in other peoples lives. For example, Mac Miller’s ‘Here We Go’ may inspire an individual to do so by the uplifting phrase: “So many things that I've created / But this right here might be my favorite / They ask me how I feel, I say "amazing" / I feel amazing”. By simply feeling good, the speaker of the song may be going forth to create greater products and the listener may use this as a tool to improve their interactions, however small. This means that in knowing that you yourself are sound then you may be more inclined to respect other people’s feelings and perhaps help improve their mood. Such action may have a rippling effect on the network of people on this Earth and having a positive and friendly output may have a great impact on people both in your immediate and outside community. This is contrasted by the antisocial narrative in Earl Sweatshirt’s ‘Pre’: “In the land of the rent-less, stand with my chips / In a stack and a grin, fuck 'em”, relishing in gaining wealth in an environment where everyone else is struggling and being apathetic to all. Cold Compress Radio would recommend that getting money is fine but being caring also important and one ought to include a balance of both productivity and compassion with relaxation and aggression.

"Now do you see this, The way the grey controls only / The souls that go to sleep to sink and dissolve / Are set adrift, in between the concrete and the mist / Just another inner city bliss" - King Krule, 'So Sick Stories'.
Henry Garlick